We awoke this morning in our 18th century manor house hotel on the eastern edge of Chinon. Today we were to visit two more châteaux in the Loire Valley. Oh stop the madness…The first is Château de Villandry which has a castle that is OK, but it’s the gardens that made me weak at the knees. 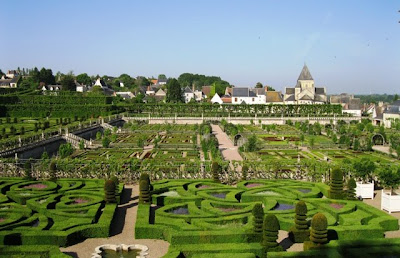 There are 10 acres of gardens in the Italian Renaissance-style arranged with intricate geometric patterns. Gardeners become dreamy at the mere mention of the Château de Villandry. Situated on the Cher River, the 16th century gardens have been restored to those originally planted in the early 1900’s by a doctor and his American wife. The two terraces are planted in styles that combine the French gardens of monks with old Italian designs. We meandered around a walkway up on the hill above the gardens, here we were able to see what looks like gigantic flowered chessboards – a spectacular sight. 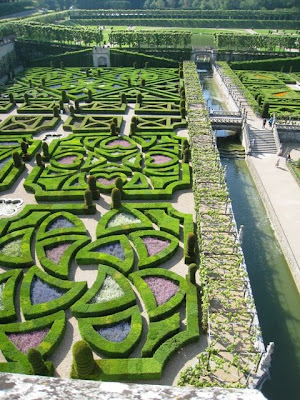 I absolutely loved the ornamental garden depicting symbols of chivalric love … I wonder if this will fit in my backyard? 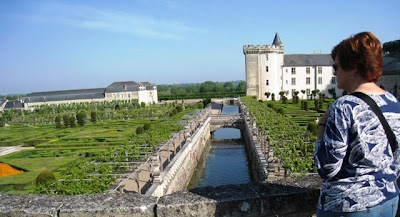 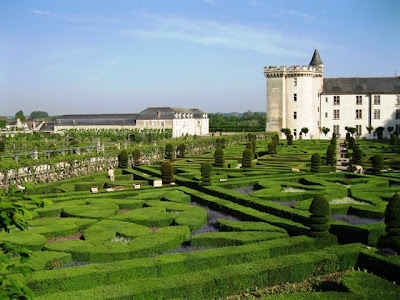 Please Keep Off the Grass! 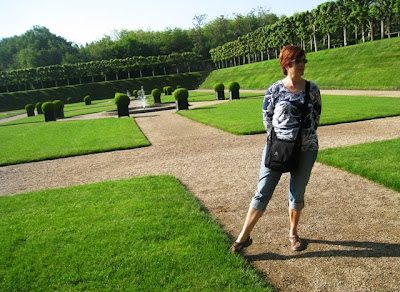 A few flowers…they plant thousands and thousands every year. Merrifield Garden Center has nothing on this place… 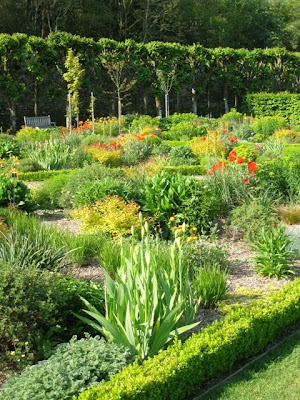 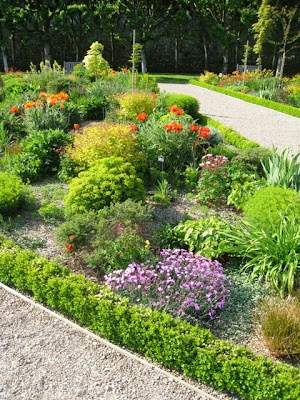 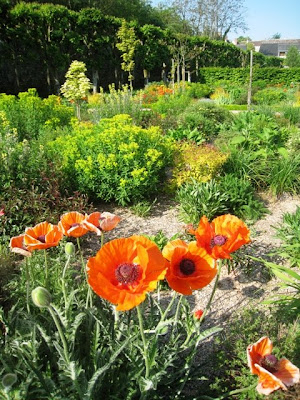 Ted was most intrigued with the famous potager (vegetable garden) which stretches on for bed after bed in elaborate designs. 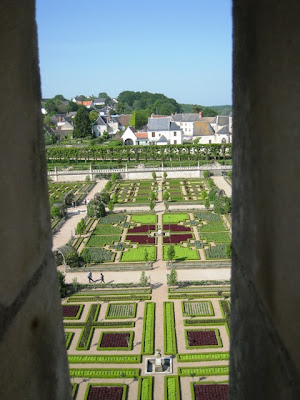 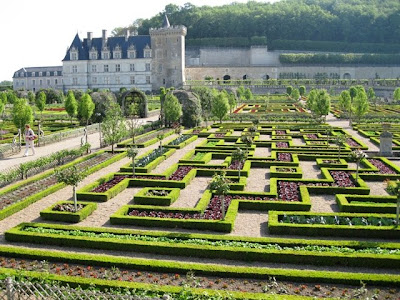 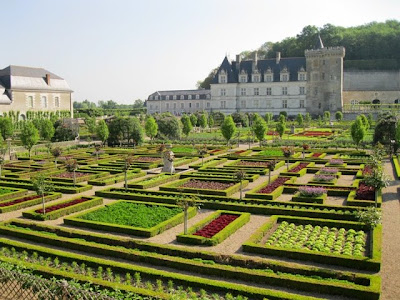 Our second visit was to Château d’Azay-le-Rideau and once again we loved the glamorous exterior much more than the interior due to its picture postcard setting. I’m glad we got to see it, even though chateau fatigue was starting to kick in for us. (How many people get to say that… “If I have to look at one more frakking Renaissance Château, I will…” what? Eat more Fois Gras? Drink more wine? Empty threats…bring them on…;) 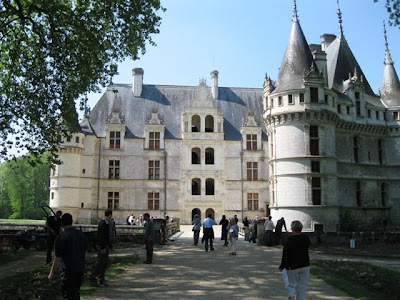 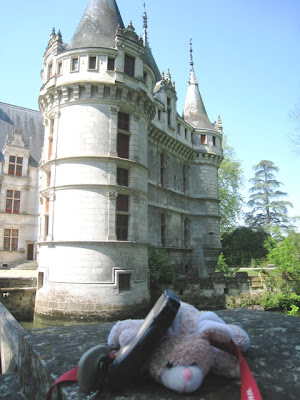 Azay-le-Rideau was also built in the early 1500’s and it is one of the earliest French Renaissance châteaux. Built on an island in the Indre River, its rises straight out of the water. This one has an interesting history. The original builder was the King’s treasurer and began expanding this site which was part of his wife’s dowry or she inherited it or something. Being a treasurer, he apparently got sticky fingers and was accused of embezzlement so he had to run for the hills. The king snatched up the château (which may be why the treasurer was accused in the first place) and gave it as a reward to one of his high-ranking soldiers.
Is this not cool? Cinderella eat your heart out. 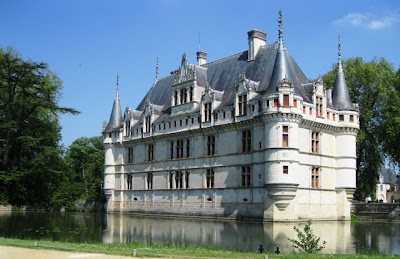 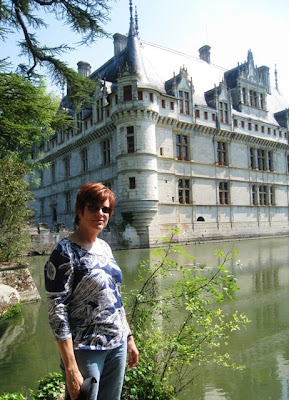 After château overload, we stopped in a little town for lunch and we were released on our own. What was quickly becoming our core group of mates – Bob, Marolyn, Betsy, and Kathy – headed out with us to find something good to eat. We passed several touristy-type establishments hoping for an authentic French experience when we happened upon a little creperie. What followed was a glorious meal of omelets and crepes. Betsy was overjoyed with her simple crepe of butter and sugar, just like her mom used to make. Mine was a savory buckwheat crepe filled with potatoes, comté cheese, and jambon (ham). Ted’s omelet had similar fillings. I think we were very lucky to find this place. 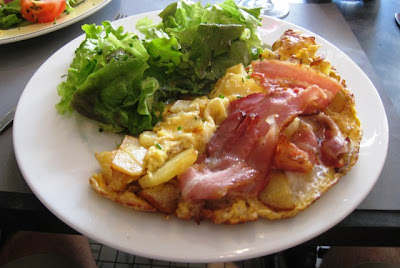 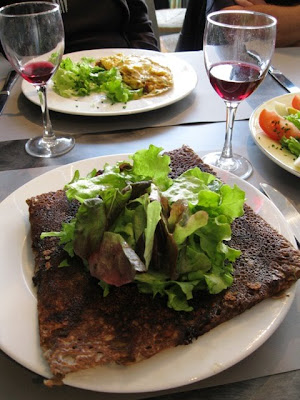 Soon we were back to Chinon in time to scavenge for picnic supplies and nap. More later…