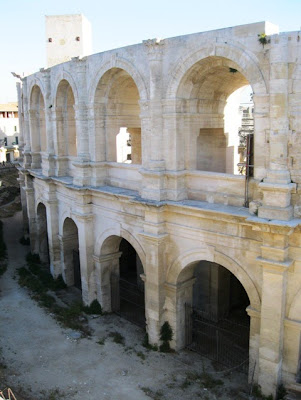 Today we awoke in Arles, our home base for exploring the Provence region. I began the day feeling a little older. Sigh… But then I gazed out the window of our hotel and beheld a Roman Arena. Gladiators fought wild animals right down there over 2,000 years ago and here it still stands. That’s old…I’m not old, I’m just getting started…:)
We headed off pretty early for the town of Les Baux which sits on a peak of the Alpilles Mountains. I love hilltop towns – we saw some cool ones in Italy and this one was pretty spectacular too.

It’s really two visits in one…you have a medieval town with narrow streets to meander through. These are packed with shops, cafés, and tourist traps. I focused on the shopping part of “shops” a little later. Then floating on the mountain peak is the castle ruins made sun-bleached walls – a city carved out of rock. The group headed there straight away. 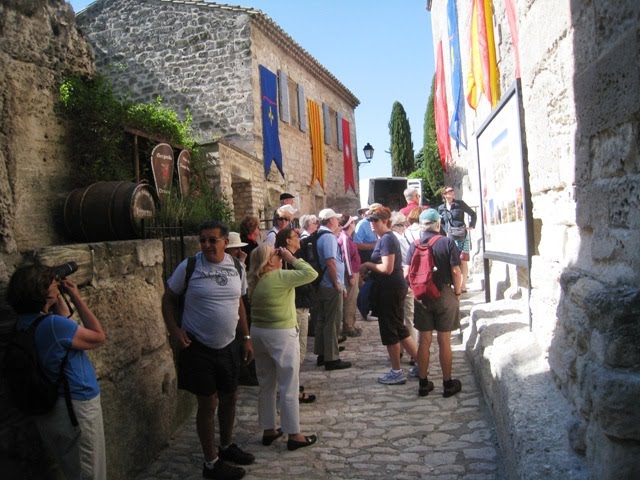 First up – grap an audio guide and get oriented…I did this with my new friend Betsy and my old friend Boneless Rabbit. 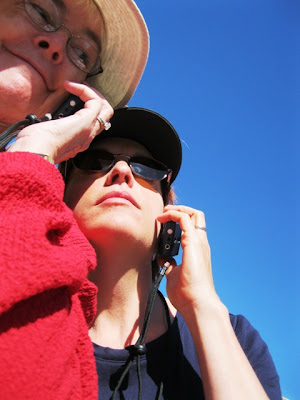 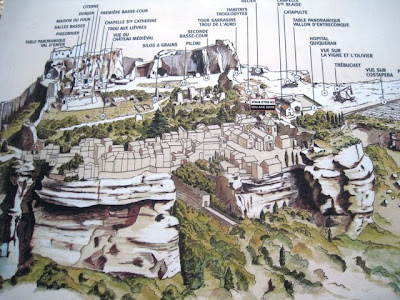 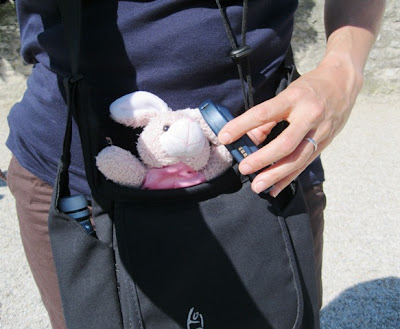 I think Jane just wanted to go right to drinking wine
and shooting something with a Trebuchet…:) 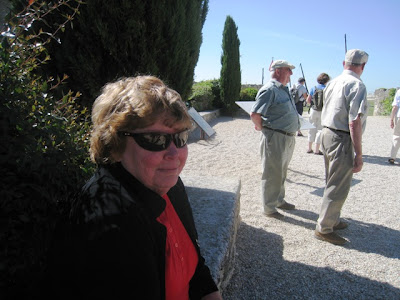 It has spectacular views from what’s left of the castle walls. Long, long, ago (in the time of yore) fierce warriors ruled the land all around from this fortress. 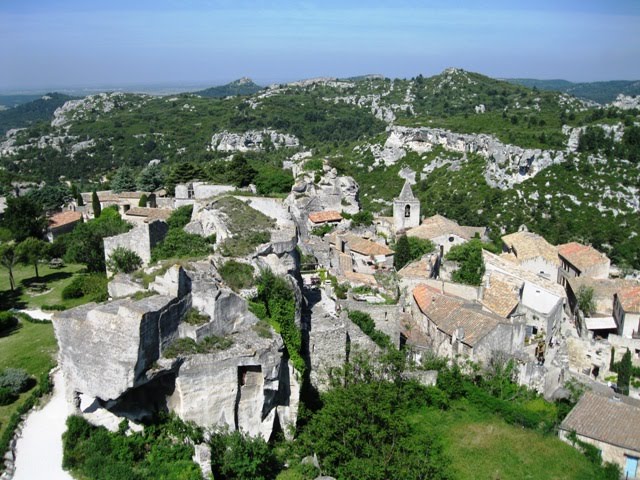 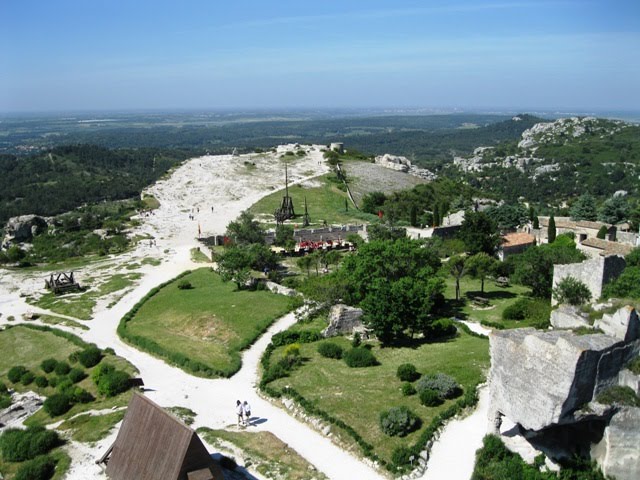 These warriors were not very nice guys – making prisoners jump from the walls when their family wouldn’t pay the ransom (which often happened to some nephews…not that there’s anything wrong with that.) 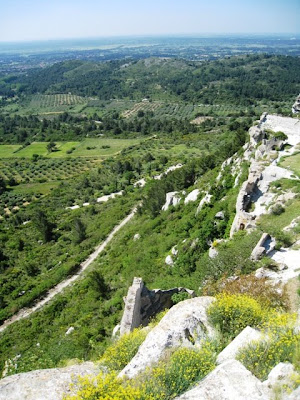 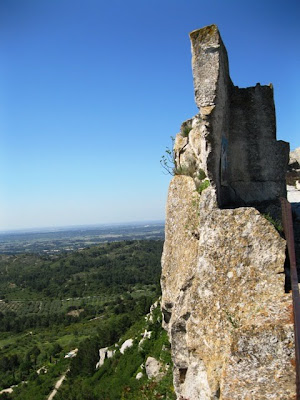 Nearly 600 years ago, Les Baux was “annexed” by France which I don’t think the fierce warriors were too thrilled about. They picked a fight with the King and he responded by pretty much annihilating the fortress. They rebuilt and came back some with the help of the Protestants. But a couple of hundred years later the Catholics said “ain’t having none of that”, brought down the final blow, and smashed the castle to bits. Then, as if that wasn’t bad enough, King Louis with a bunch of Roman letters got real uppity and billed the town for his demolition expenses. Gotta love royalty, huh? They play by different rules. 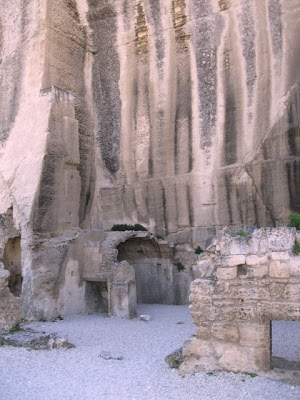 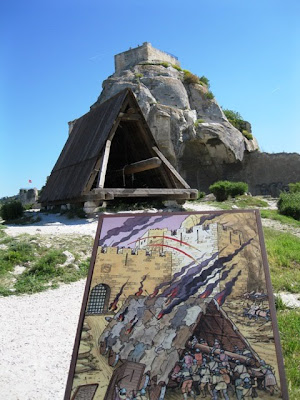 Boneless Rabbit sunning on the ruins… 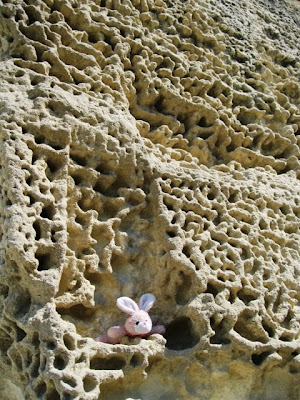 Ted – before the trouble started 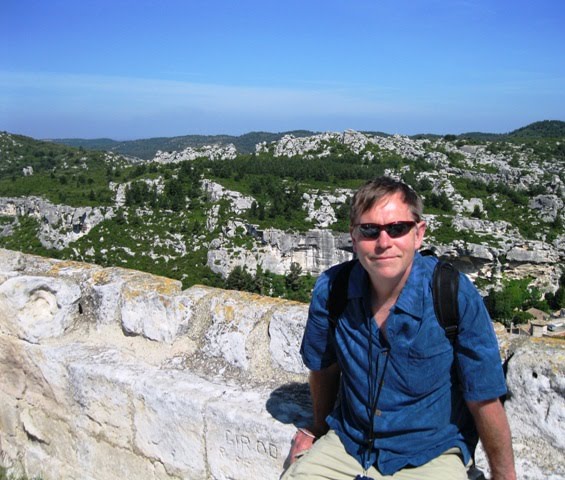 Ted – after the trouble ended… 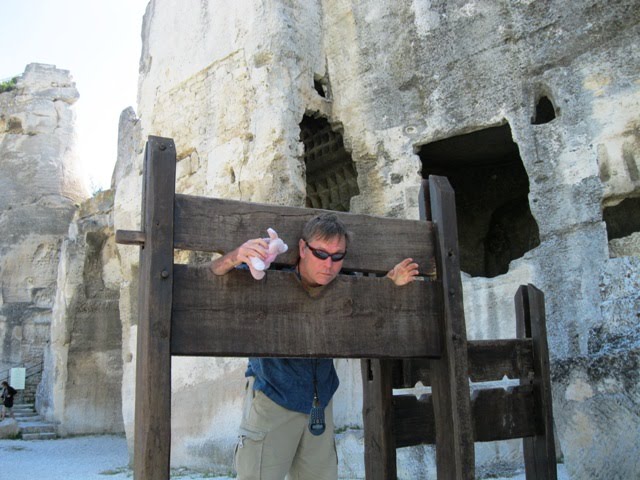 Finally getting down to business, we got to shoot the Trebuchet. The guys who did the demonstration were total hams, cracked me up. My buddy Kathleen was one of the group of brave women who volunteered to pull the trigger. Get out of the WAY! 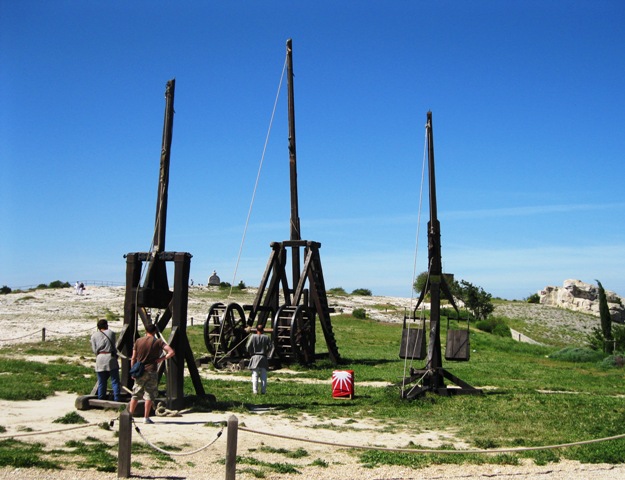 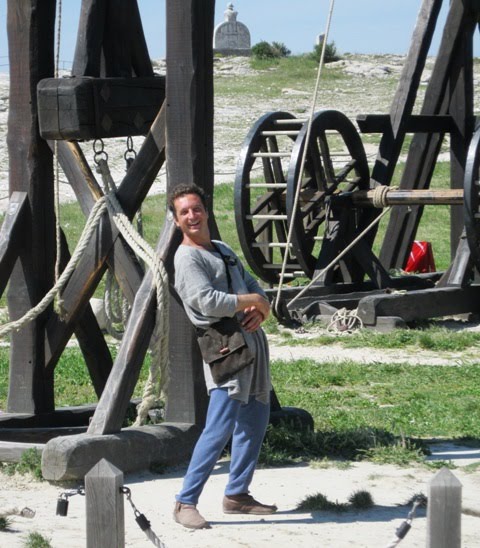 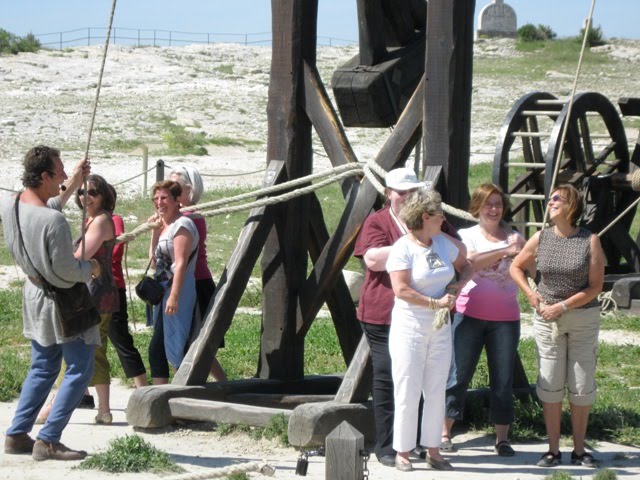 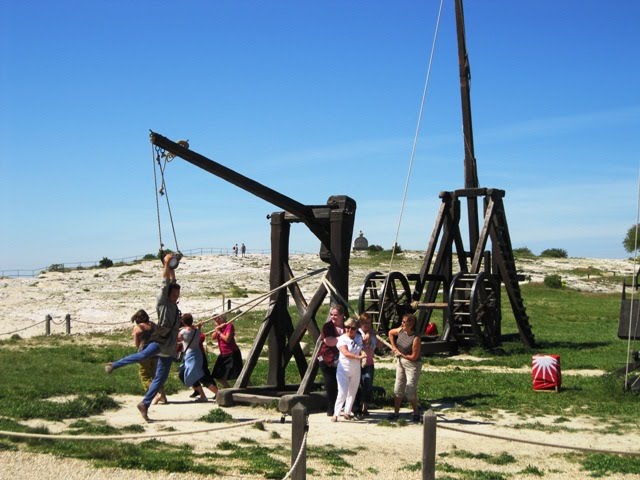