Pumped up on Provencal wine and heading into Arles, we stopped by the perfectly preserved Roman aqueduct – Pont du Gard. Apparently it was built about 20 years before dates went from BC to AD (whose idea was that?), and get this…it was part of a 30-mile canal that dropped only 1 inch for every 350 feet and supplied about 100 gallons of water a second to the big city of Nimes. 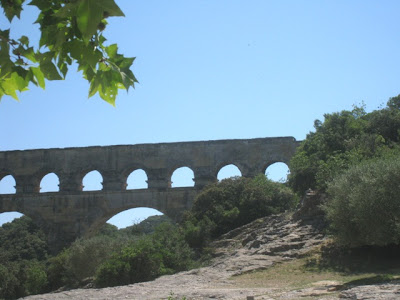 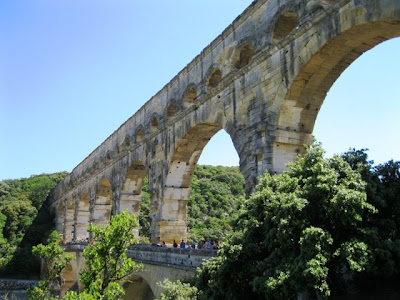 Most of this aqueduct was at ground level or below, but here it spans a bridge that crosses over the Gardon River. Think of all the floods it’s withstood. No mortar is used between the 4-6 ton stones which were quarried upriver and floated down on barges. Too cool those Romans. Plus they wore togas. 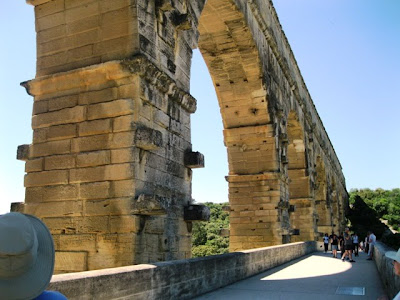 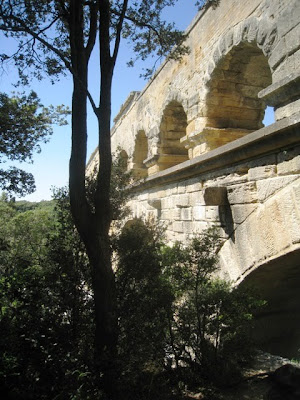 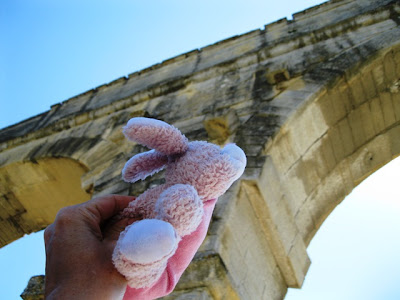 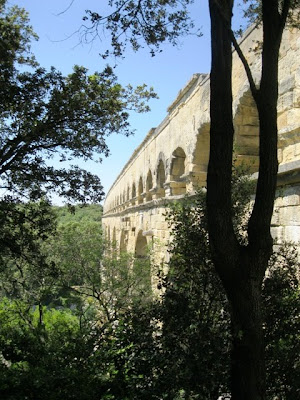 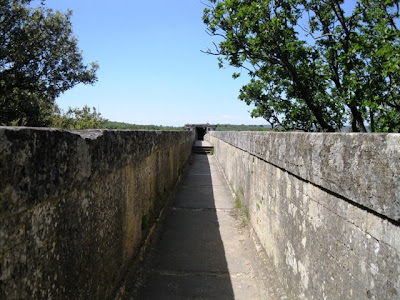 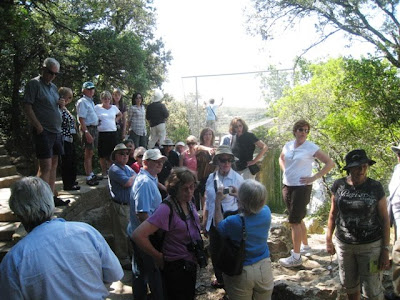 Next, back on the bus and we napped, snored, drooled all the way to Arles – home of a Roman Arena that sits outside my hotel room window. Beat that. 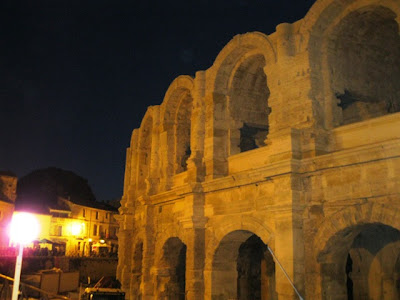 That evening we had a lovely dinner together at a local restaurant. We all made a toast to my dad who passed away 10 years ago today. I miss him. 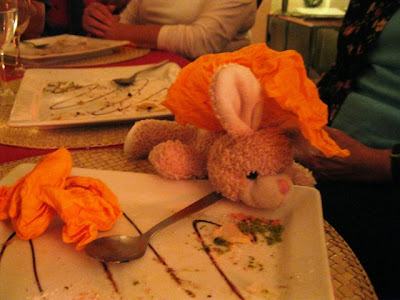