Ok – it’s been awhile, I know. We were in the center of the island where the Internet has not actually taken over yet.
Last Friday we headed out of Ortega and stopped in a little town called Noto that had some fantastic Sicilian style Baroque architecture. Just one main street with these awesome buildings. That’s Ted standing on the steps of a gov’t building. 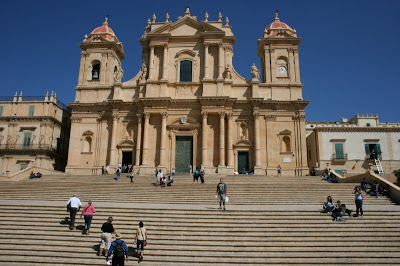 This is the view we had when we stopped to have a little panini lunch… with gelato, of course. 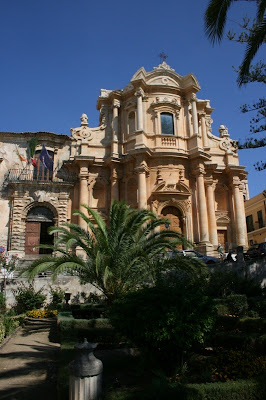 Then it was on to the Agriturismo outside of the town of Piazza Armerina where we stayed for the next 2 days. That first night they fed us very well including this succulent antipasti. Do you see those olives on that plate? I ate them (yes, me, I ate olives) and I loved them. Worlds collide. I’ll never be the same… 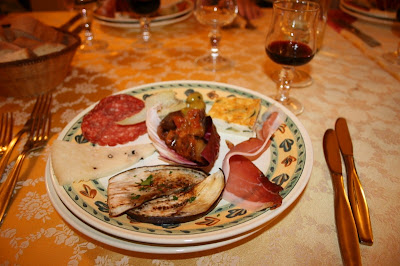 Just so you can drool some more, the pasta course was penne with fresh tomato sauce that was sweet and delicious. 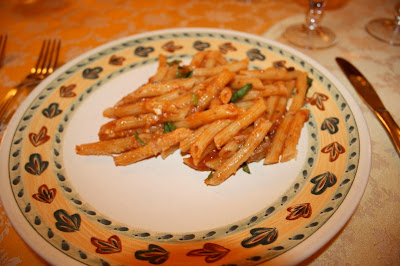 On Saturday, we visited the VillaCasale to see the mosaics. This place is crumbling but they are working to restore it. They theorize it might have been a hunting lodge but maybe not. There are rooms after rooms with wild mosaics all over the floors. Check it out… 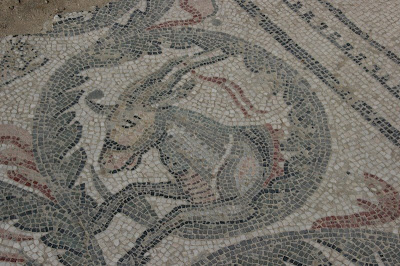 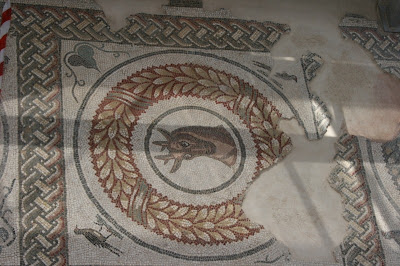 Even our little traveling companion was there, although BR was not thrilled to see mosaics of rabbits being hunted… 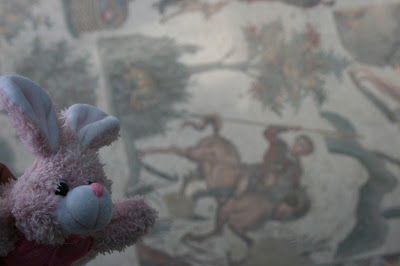 Then we trekked through the non-tourist town of Piazza Armerina. The group decided we would all buy picnic supplies and party next to the pool back at the Agriturismo. The little grocery store was overrun by all 26 of us … but before the party we earned our vino by climbing the hill (small mountain) to reach a duomo. 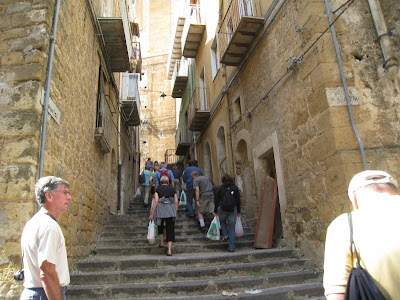 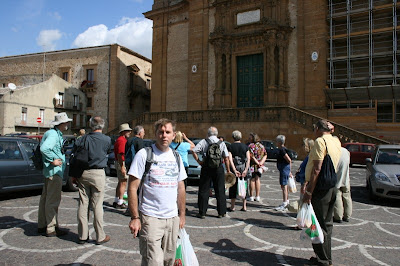 We were sure that we had gotten enough food to feed an army. We went though kilos of cheese, meat, bread, olives, tomatoes, and (of course) many bottles of wine. Not much was left in the end. 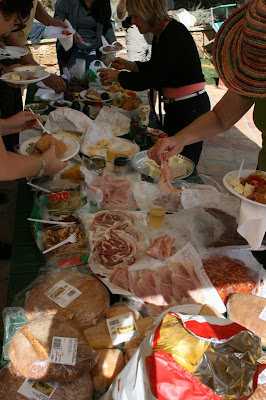 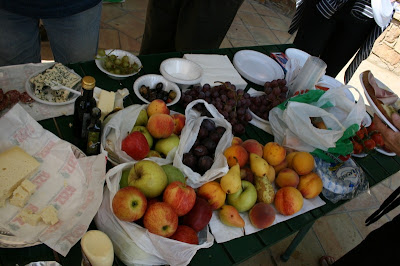 It was a hell of a party! 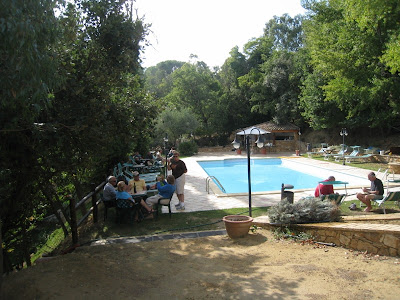 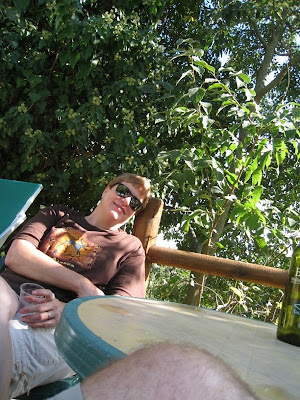 After a much needed siesta… we got together that night to eat and drink more. This is a continuing pattern it seems. And the end shot for this post… do you like Ted’s new t-shirt? 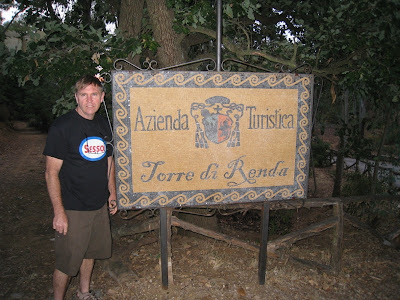 A Picture is worth… a bunch!

Check it out…yes, it’s Patton in lava rock (with sparkles)!! 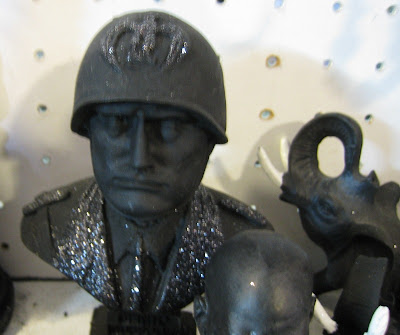 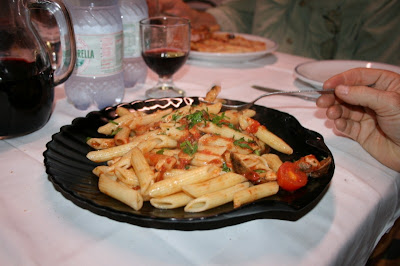 Are these not works of art? Marzipan, incredible!! 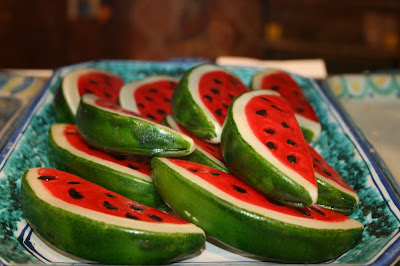 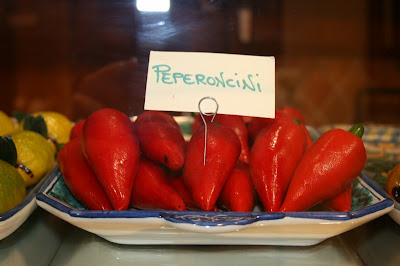 Oh yea, eat your heart out… 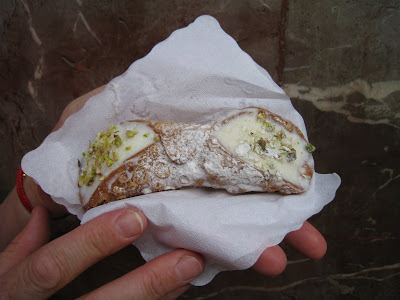 Ted takes a lot of these pictures… 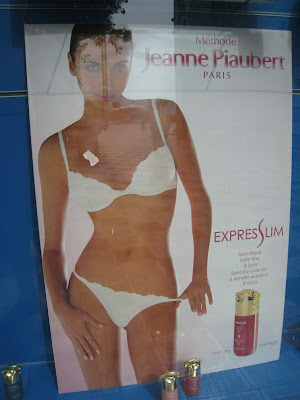 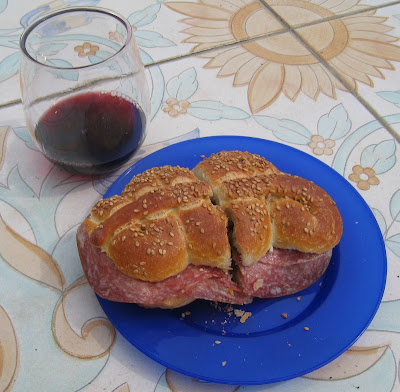 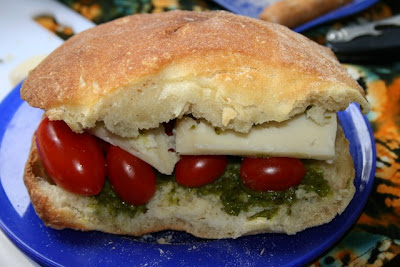